Challenge yourself with MATH

Math Riddles And Puzzles Games tests your IQ with mathematical puzzles. Stretch the limits of your intelligence.

Math Riddles Level up your IQ with a mix of logical puzzles. Challenge yourself with different levels of math games and stretch the limits of your mind. Brain games are prepared with an approach of an IQ test. 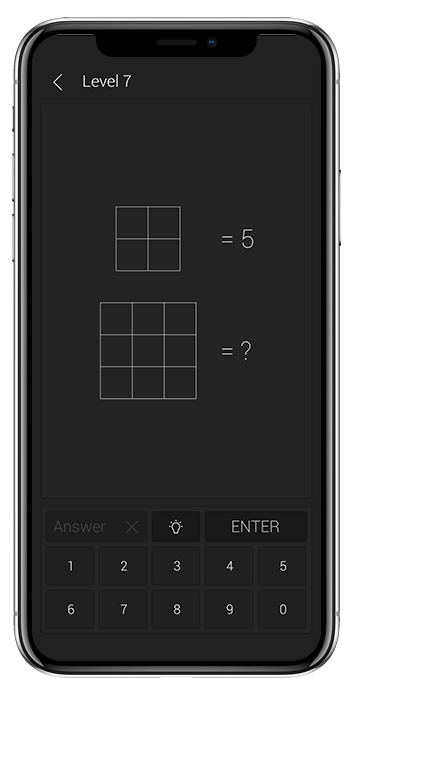 What are the benefits of Math Riddles?

You will solve the relationship between numbers in the geometrical figures, and complete the missing numbers at the end. Every puzzle games and brain games have a different level and players who have strong analytical thinking ability, recognize the pattern immediately.

All Levels are Suitable for Adult and Kids

Math riddles reveal your mathematical talent through brain games that are hidden in geometrical shapes. You will train both parts of your brain by exploring the relations between the numbers in the geometrical shapes, and you will stretch the limits of your mind sharp.

Include logic puzzles and brain teasers.

are most useful brain games like cool math games.